I got started on work right away this week, specifically on a water supply project I’ll be managing in a community called Konani. I met people who I’ll be working with, learned about the project and community history, and jumped right in to reading documents (all in Spanish!) that will help with the project design.

On Friday I was invited to an event between the Bolivian government and the Methodist church where they signed an agreement that will facilitate work in areas where the two groups have common goals, like in education, sanitation, development, etc. The Bolivian president, Evo Morales, talked about the work of the Bolivian Methodist church, the importance of clean water, and specifically used the Konani project as an example.

I had known the project was on the President’s radar, but to have him talk about it at this momentous event and publicly invite us to submit it to him for additional funding is another thing entirely. To be honest, it makes me really nervous. It feels like the stakes have been raised to have a very successful project.

However, I have to remember that the most important stakeholders are the people of Konani (and subsequent communities for which this project/partnership will serve as a model) not whatever eyes happen to be watching. 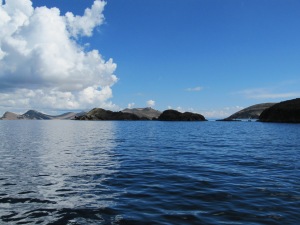 I’ve seen God’s hand already guiding my work this week, easily finding important information I didn’t know if I’d ever find. I know that with Him in charge, this project and collaboration can result in even more than we are even hoping for right now.