The holiday season is full of traditions, which vary greatly between countries. Here’s the low-down on Christmas activites, food, and wine in the city of Tarija in southern Bolivia.

December 24th is the more important day, rather than the 25th. My day started with going to a friend’s pool and getting incredibly sunburnt. After a lunch of fresh fish and a quinoa salad, the house shut down for a long siesta. Last minute decorations were added to the tree. Having a Christmas tree is common, but is an imported tradition. 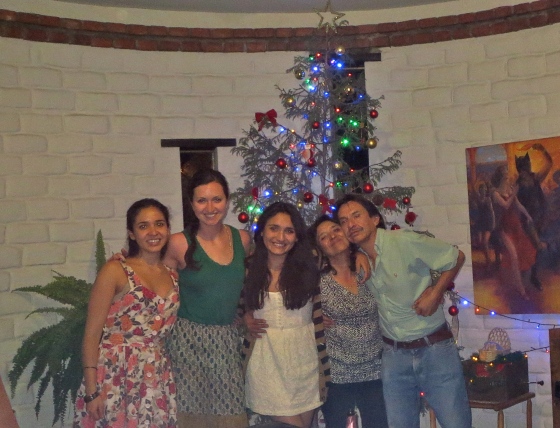 Left to right: my roommate and coworker Mariel, me, her sister Anahi who studies in Argentina, her mom Patricia, and her dad Javier.

In the evening, we had the traditional Bolivian Christmas dinner: picana. This is a spiced stew that has beef, chicken, lamb, carrots, potatoes, choclo (a starchy variety of corn), and sometimes raisins, peas, wine… each city and family has their own version, and everyone’s is “the very best”.  But I can attest that this one truly is the best. 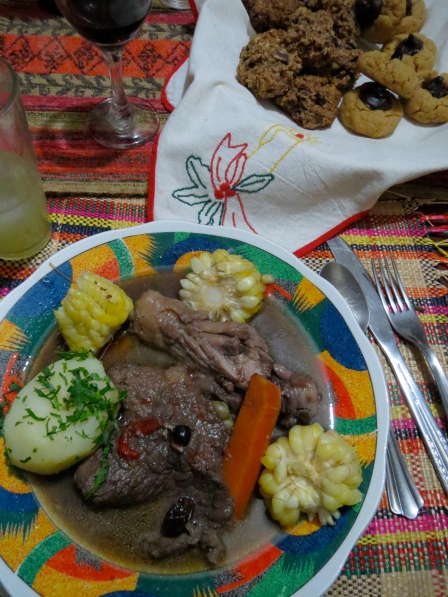 By the way, Christmas cookies are not a Bolivian tradition. That was my contribution, for which I had to bring cranberries all the way from the U.S.! The traditional Bolivian holiday dessert is hot chocolate and paneton- a sweet, lightweight fruitcake/bread. 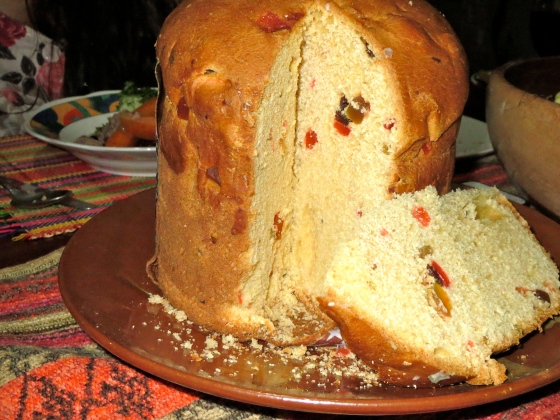 After the late dinner, midnight was fast approaching. We went up to the terrace, where we could see most of the city. When it officially became Christmas, we could see fireworks in at least 20 different places. We toasted, gave lots of kisses and hugs, and lighted sparklers.

We headed back inside to open presents, and stayed chatting till 3am. I was given a mug showing a traditional dance of Tarija, the Rueda Chapaca. 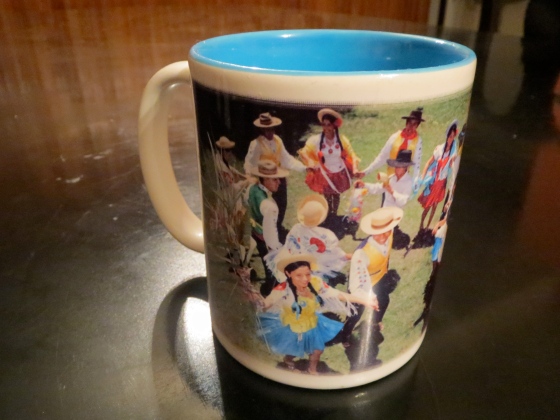 Rueda means “wheel” and Chapaca means “of Tarija”. Another dance of Tarija uses what is basically a maypole, and is performed in the plazas around Christmas time. Kids have coordinated steps to intricately weave the ribbons, and this is done as worship to “el niño”, baby Jesus.

Christmas day itself consisted of sleeping in, calling my family, and hanging with friends out on the terrace, late into the summer night.

Even though I missed the pristine, magical silence of a Christmas snowfall, I found that Christmas and summer is an enjoyable combination- the excitement of the holidays with a bonfire-hangout mentality. Everyone is home just for a week or two, so there’s a forced intentionality to make the summer get-togethers happen.

A common activity is to go to the river with family or friends. You might bring fresh choclo, shown below, or humintas- sweet tamales with cheese, wrapped in corn leaves and ready to carry on a river hike. 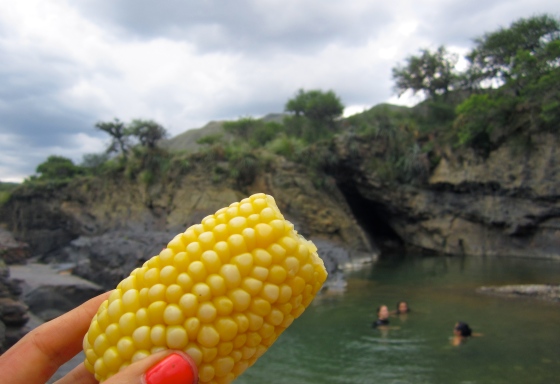 After going to the river, or also after not going to the river, in the afternoon you could head to “El Puente”- The Bridge. There, vendors sell fried yuca (cassava) on a stick, fried pastry pockets with cheese inside, and more humintas. It’s common to run into people you know at El Puente. Of course, that’s not surprising because everyone seems to know everyone in Tarija.

Another summer get-together was with the families of three of my friends, whose parents are also friends. It was a “lunch” that lasted until 9pm, consisting of a pool party, barbecuing chorizo de llama (spiced sausage from llama meat), and sharing quality wine. After all, the Bolivian vineyards were just down the road. 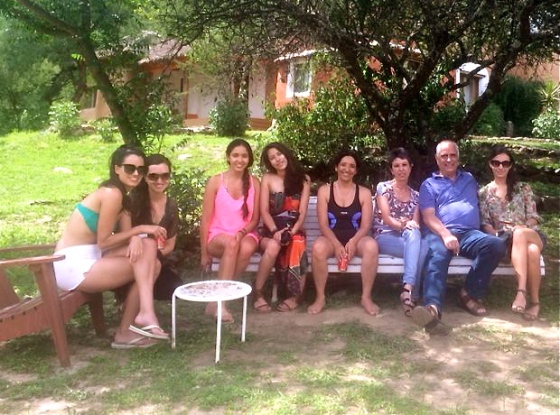 On one of our last days in Tarija we took a vineyard tour. Did you know that high-altitude wine has additional benefits? Supposedly, it “gives the grapes more cancer-fighting anti-oxidants and helps juices age faster into a sweeter, less-acidic wine,” so that a two-year Bolivian wine might be more like a standard six-year wine (www.worldwineconsultants.com/news.asp).

We also learned about the process to create Singani, a Bolivian liquor made from grapes. The equipment has an antique, Charlie and the Chocolate Factory-esque look.

One vineyard had a restaurant where they were serving up “chancho a la cruz”- a pig roast where the pig is split and slow-roasted over embers for up to 8 hours. This a Tarija tradition, especially for New Years. On New Year’s Eve, the grapes of these vineyards play another role, when you can eat 12 grapes at 12:00 and make 12 wishes for the new year.

And that’s only a snapshot. There were more holiday traditions and adventures in southern Bolivia- such as checking on a water project in a community I really enjoy spending time with. But I’ll save work updates for a subsequent blog post. With that, I wish you all the best for 2014.  May God greatly bless you and yours! 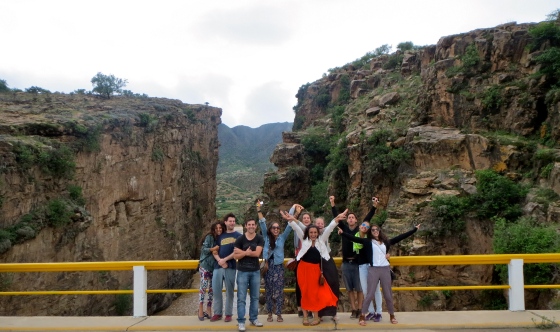