Two engineers came from the U.S. and we tested a deep water well. Though built over 20 years ago, it’s in good health: the water that is pumped out is replenished quickly, and the elevated storage tank is in great condition. So why, right down the road, is a 5-year-old tank leaking like a sieve? Why do many drilled wells stop working after a year? Why, when I visit communities, do I hear story after story of failed infrastructure?

The first story of a recent small “success” relates to this picture of the meters and valves we installed in order to do the well test. 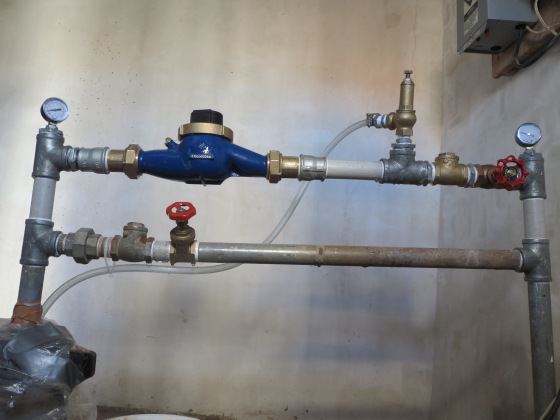 The municipal leaders came by to see what we were doing; they are interested in running similar diagnostic tests on other wells. One said, “Maybe you could help us with tests in other communities, too. We don’t always have that type of equipment available in our country.” And I was able to respond, “Actually, everything we are using was bought in Bolivia.” Yes, it took me weeks to procure everything, searching through tiny hardware stores, making special orders, and returning day after day to streets like this one: 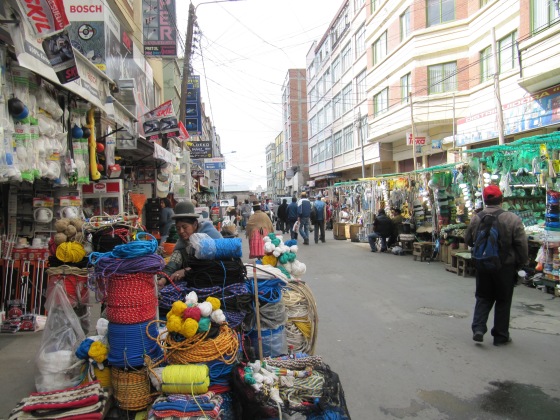 But all the effort was worth it, for that glorious moment of being able to say, “Yes, you can replicate what we are doing.”

This project in Konani has been especially challenging, but in the past months I have seen it go from unstable to a great type of success. We worked side by side with the community and problem-solved together, 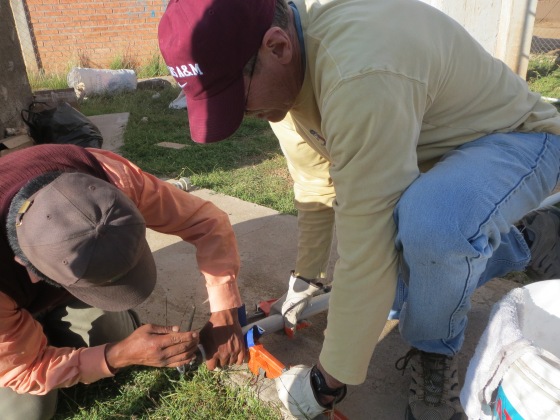 both doing official “work” and spending other time together: 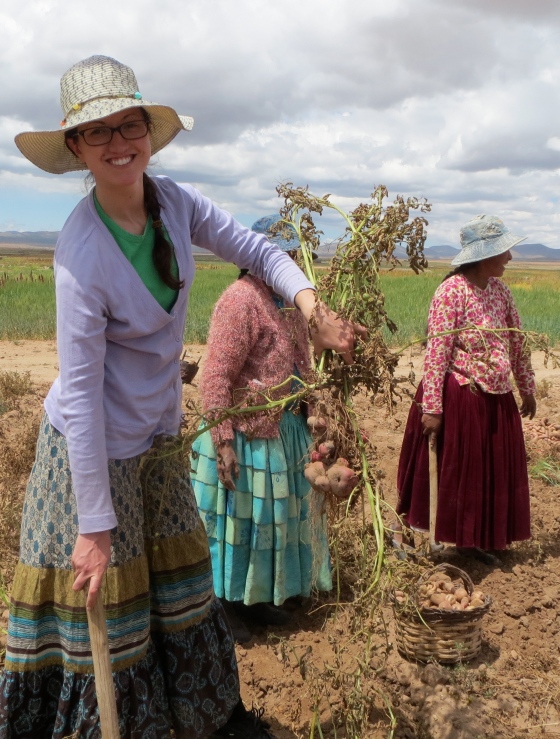 There has been coordination and communication between various institutions, including educational components: 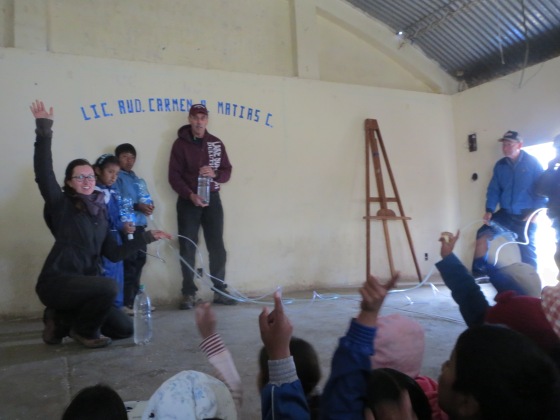 Doing an experiment at the local school to demonstrate the effects of improving the water distribution system, and talk about “What is Engineering?”

And most importantly, we handed off the project to the local water committee. Usually, a water project ends with turning on the tap, and taking pictures of cute kids drinking the water. Celebration! This time, we only handed over a report and gave a presentation. We had identified enough local resources and actors, and got them connected, that we literally “worked ourselves out of a job”. The period of analysis, testing, and conceptual design was greatly enhanced by having the help of foreign engineers. But the final design and implementation can be carried out by Bolivians. We called a meeting together where Rotary explained directly to the community how to apply for additional funding for the project.

YAY! This is a development worker’s dream! Participation, local resources, “working with the poor not for the poor”, internally sustainable- we’ve got the buzzwords of the current “best practice” theories. According to my readings on development and missions, and my own reasoning and experiences, it’s a great success. It’s just that… the pictures aren’t as cool. It’s really more sexy and fun to be the one to drill a well, and be thanked for “bringing the water”. In this case, that honor will befall the Bolivian Rotarians, the Municipality, and the local water committee.

I mean, sometimes I do get cool pictures too.  This one I took on a trip to a school in the Amazon to check up on an EIA water project from 7 years ago. 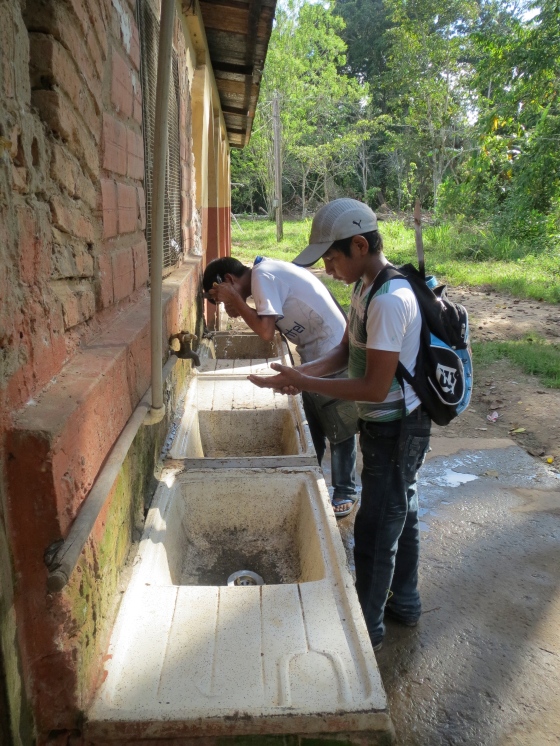 In a Ted Talk about water project failure, David Damberger says that many pictures of poor kids drinking water are lies, or rather, “It’s not a lie when the picture is taken, it just becomes a lie a year or two later.” So I loved the opportunity to see a truthful success: a drilled well and distribution system that still, 7 years later, is allowing students to drink, cook, bathe, brush teeth, wash hands, etc.

Well, there you have a few examples of various kinds of successes. I don’t have any answers, really, on what success even is. If I did, I think I would have saved the world by now. But instead, I’ll just keep working, case-by-case and community-by-community, continuing to be humbled- sometimes humiliated- always learning how to better facilitate engineering projects that improve people’s quality of life.